A video of 83-year-old Alaafin of Oyo, Lamidi Olayiwola Adeyemi III, dancing with one of his young wives at a party has been shared online. 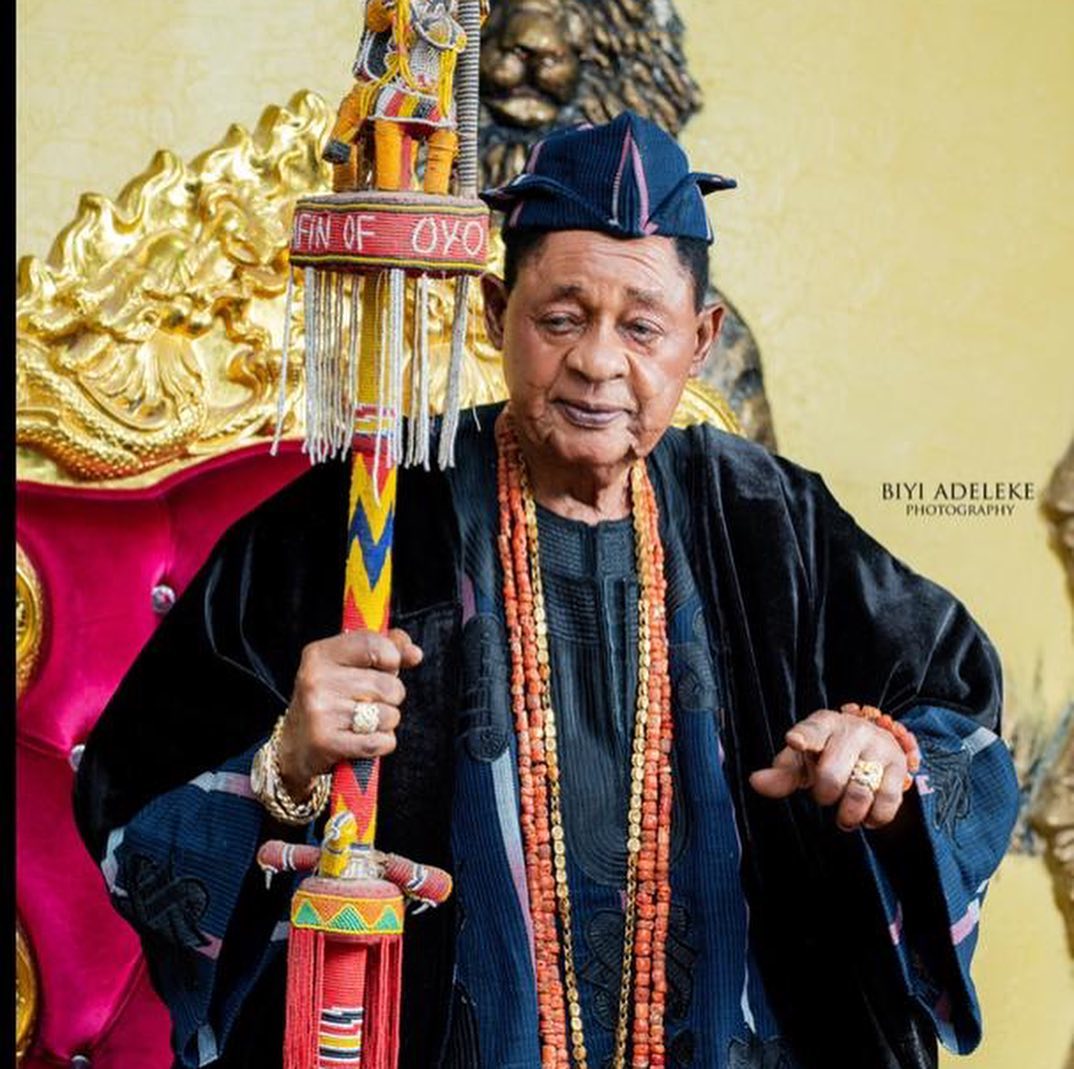 In the video, the young queen could be seen dancing energetically on the dance floor and rocking the monarch with her behind as he also danced and sprayed her money.

The video has gotten people talking on social media with netizens sharing their opinion about the king’s social battery at 83.

Some netizens slammed the videographer for not capturing the video properly and leaving the king out of the shot at some point.

imoleayolaitan wrote, “The babe they give baba lap dance 😂😂😂😂”

awake9jadating wrote, “Aunty! Wey u dey dance jaujau! Sha no use bumbum push baba away! This energy is too much for an 83 years old man😂😂😂”

ajokeflorence72 wrote, “The camera man had just one job n he could not even do it well”