WORLDCCTV captures moment man stole an iPhone 12 pro max from a...
By dailynaijanews

A CCTV footage showing the moment a young man stole an iPhone 12 pro max at a shop in computer village, Ikeja Lagos state, has been shared online. 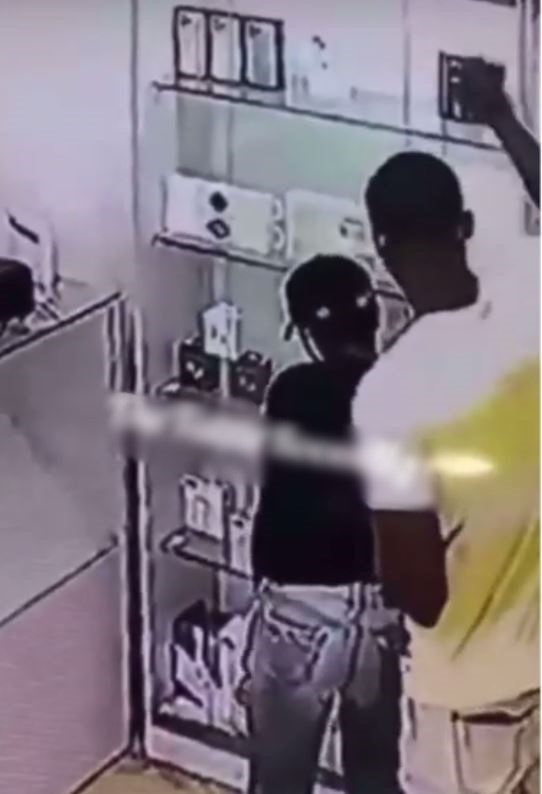 The footage which made it’s was to the internet shows the unidentified man entering into the shop like a customer who wanted to buy something.

However, when the shop attendant came to him to take his order, he distracted her and quickly picked the phone which was displayed on the shelf.

When he was sure no one was looking he kept the stolen phone in his pocket and stylishly made his way out of the store.

In related news, a young lady identified as Ife Aboyeji, an ND II student of Business Admin in Yabatech, Lagos, was caught after stealing from her boss.

The lady who is said to be doing her Students Industrial Work Experience Scheme (SIWES) program in a company, was nabbed red handed both by her boss and CCTV after stealing N500k cash.

It was learnt she had first stolen some money and no one noticed, so yesterday she went again to steal in the morning and no one also noticed.

She allegedly went back again for the third time in the afternoon to steal again that was when her Madam worked in on her and caught her. The CCTV footages were later reviewed as all her previous atrocities came to light.