The first-ever woman who was crowned as Miss Nigeria in 1957, Grace Atinuke Oyelude has turned 90.

Grace as she’s fondly called by her friends and family was crowned in the year, 1957 after defeating over 200 contestants in the pageant.

According to grace, she says she became Miss Nigeria by accident.

Narrating what led to the events of her auditioning for the competition, she says that her brother, a broadcaster saw the ads for the pageant in the papers and entered her for the competition without her knowledge in Lagos even though she was still residing in Kano. 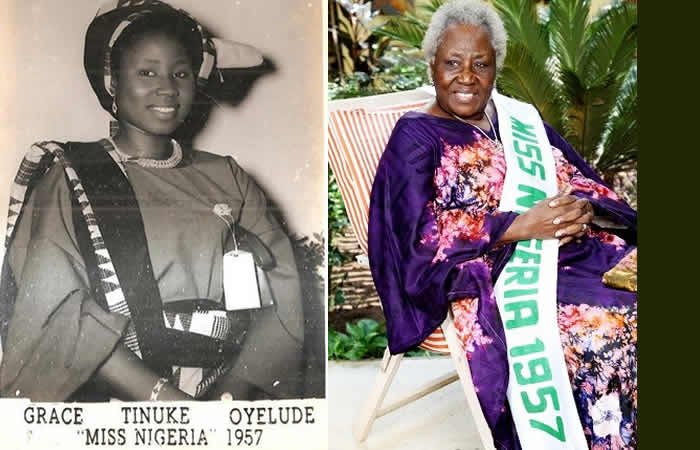 After she won the pageant, which came with 200 Pounds prize money and a return ticket to London for two weeks, she gained admission into the school of nursing, Ashford Kent, England, and became a state registered nurse in 1961.

She enrolled at the school of midwifery, St. Thomas Hospital, London, where she qualified as a state registered midwife SCM in 1962.

She also attended the Royal College of Nursing, England in 1971 and obtained a Diploma in Nursing and Hospital Administration and in 1976, obtained another diploma from Ghana Institute of Management and Personnel Administration.

To mark her 90th birthday, Miss Nigerian organizers celebrated her on Instagram. 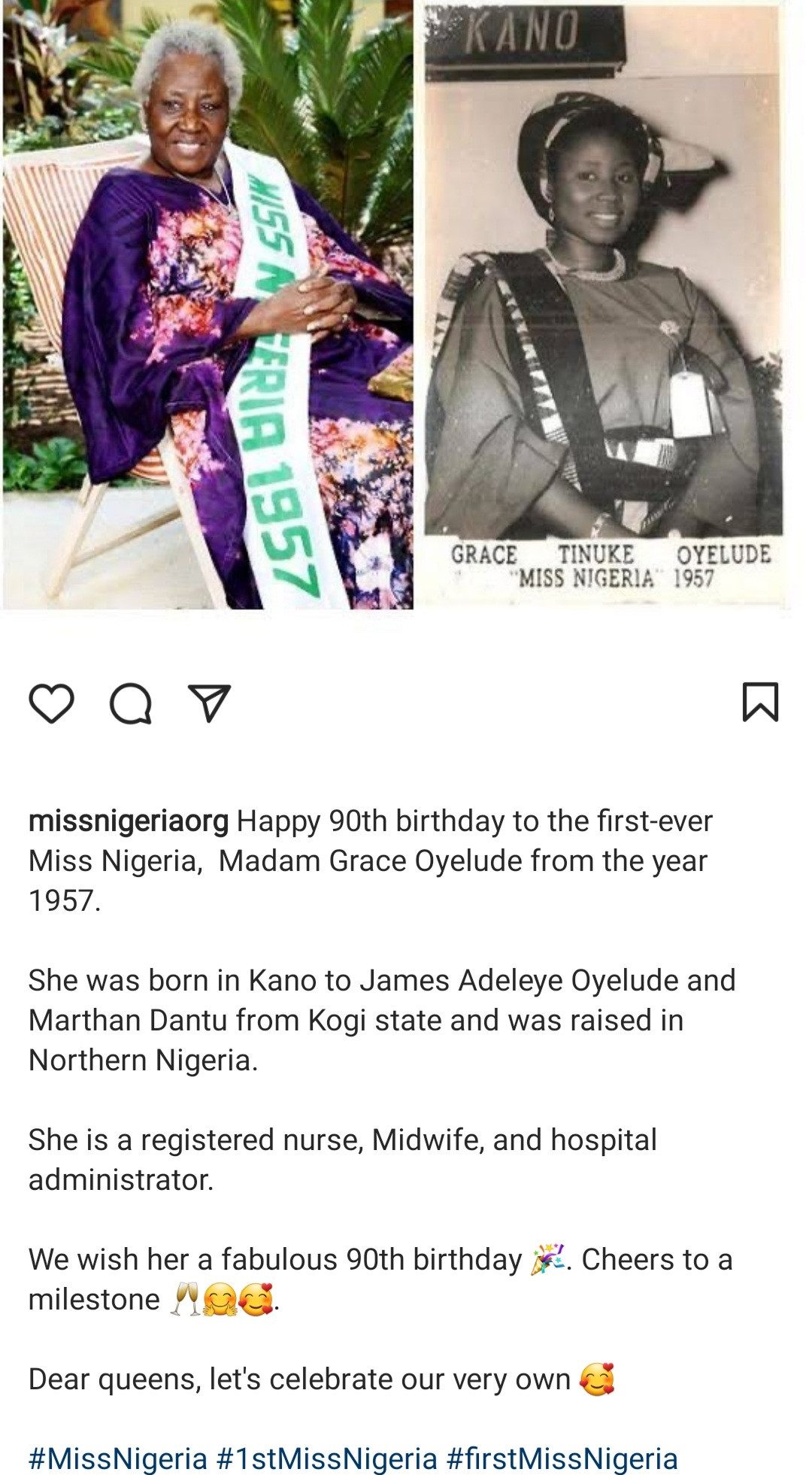