“He is just a friend oo. Don’t worry, I won’t disappoint you people again” – Tonto Dikeh reacts after she was spotted on a date with her ex’s best friend

Nollywood actress and mother of one, Tonto Dikeh has reacted after she was spotted on a date with her ex man, Prince Kpokpogri’s best friend recently. 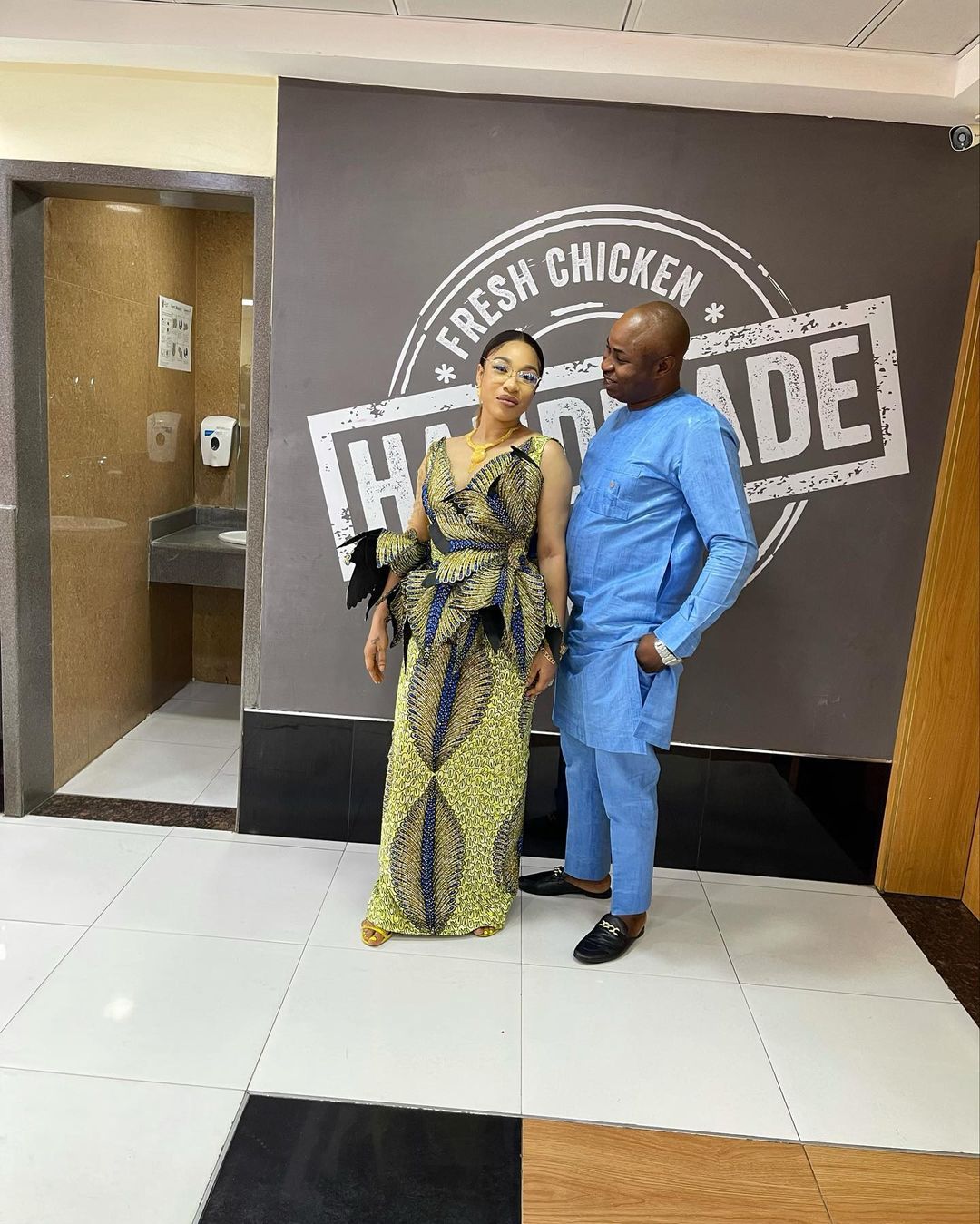 Netizens had varying opinions about her date with the gentleman, identified as Mayor and to clear the air, the actress has issued a statement.

Dikeh had posted some photos of herself, her son and a friend, Mayor who once during her squabble with her ex, Prince Kpokpogri, waded in to her defence. 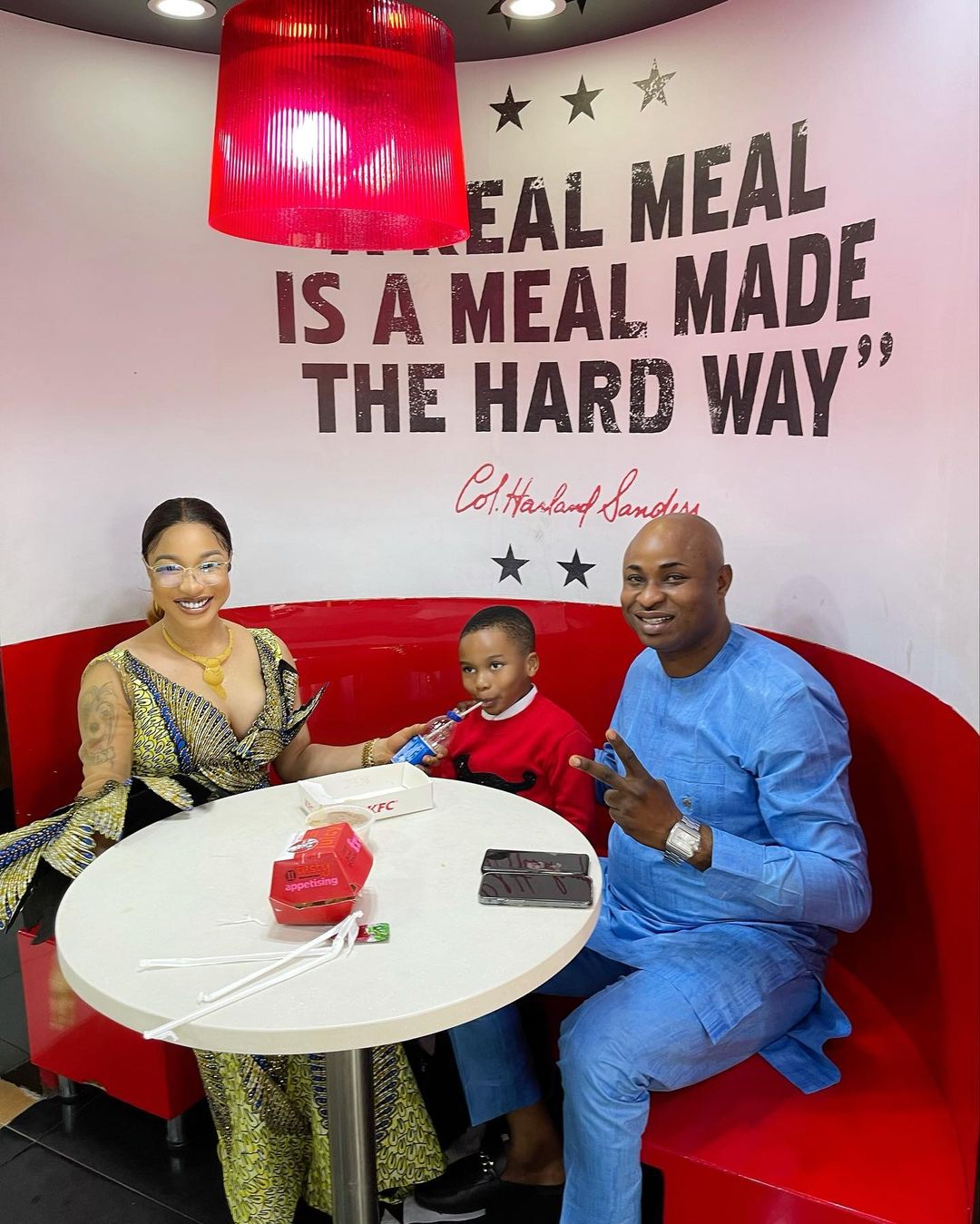 However, when a blog shared the actress’s photo with a caption that raised the eyebrow of users, she was left with no choice than to clear the air.

“Tonto Dikeh steps out with her son and a man I don’t know who he is… Omo. Are you thinking what I’m thinking?”

Reacting to this, the actress took to the comment section to clear the air as she reiterated the fact that Mr Mayor is only but a friend.

“😂😂Online brothers and sisters he is just a friend oooo, una no remember when mr mayor come out come fight for me🥵🤪
Don’t worry I wldnt disappointed you people again🥰🥰🥰💃🏾💃🏾💃🏾” 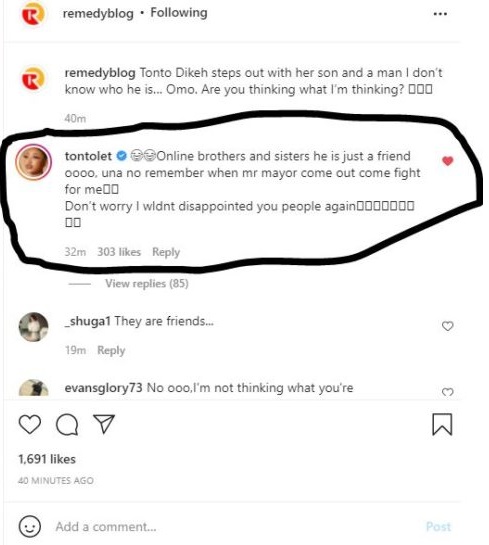