“I want Wizkid, Davido and Burna Boy to do a song together before I die” – Kemi Olunloyo

WORLD"I want Wizkid, Davido and Burna Boy to do a song together...
By dailynaijanews

“I want Wizkid, Davido and Burna Boy to do a song together before I die” – Kemi Olunloyo

Controversial journalist, Kemi Olunloyo has said she wants superstar singers, Davido, Wizkid and Burna Boy to do a song together before she dies. 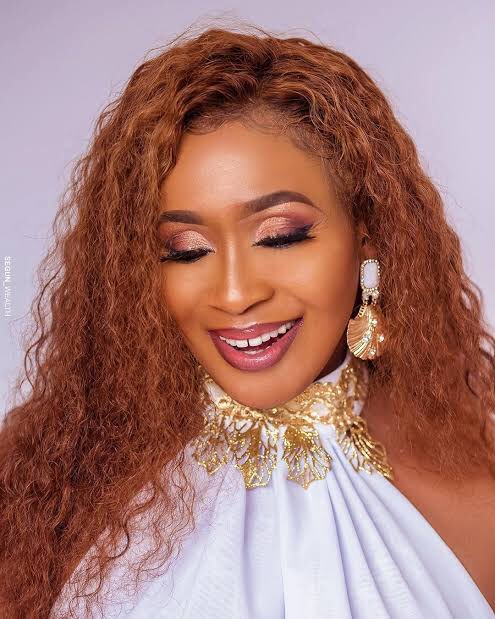 Kemi in a post shared via her official Twitter handle noted that it’s her dying wish to see the trio come together to work on a song.

According to Kemi who revealed she has been a music journalist for 27 years, if her dream eventually comes to fusion and the legendary singers do a song together, it would be played at her funeral reception.

“I wanna see Davido, Burna and Wizkid do a song together before I die. I’ve been a music journalist 27 years among other news beats, a music publicist and a Canadian Grammy Judge. When I die, that song must be played at my funeral reception. I will be so proud as an Angel. DO IT🎶”. She tweeted. 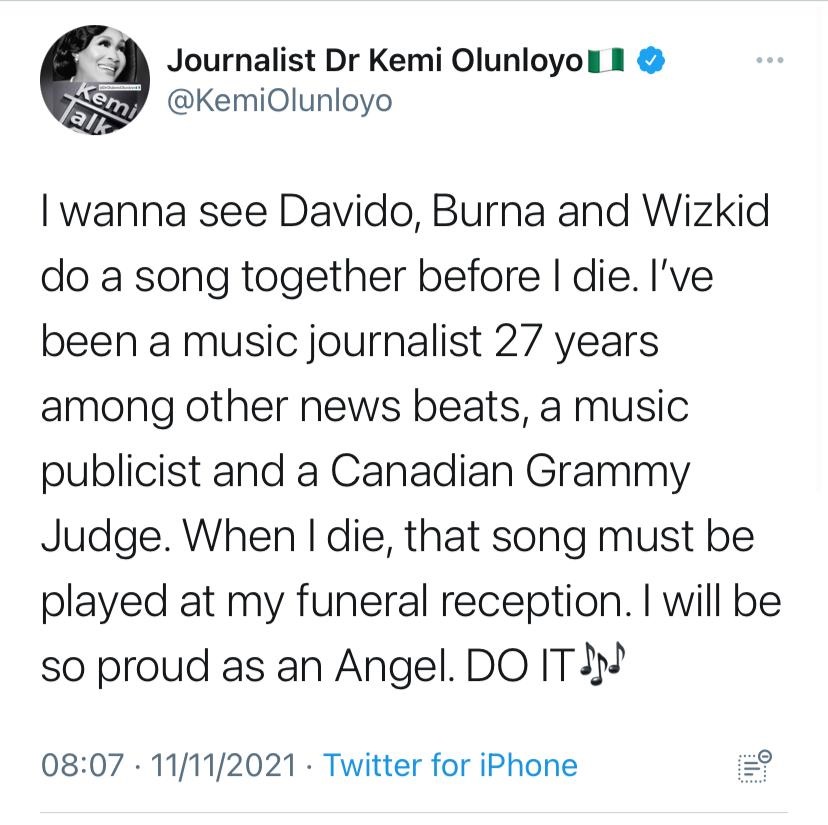 See how fans of the Nigerian music legends reacted to Kemi’s tweet below,

@horla, “Number one Davido fan and yet she wont agree”.

@Aaroni632, “When you die Davido is coming to your funeral reception to perform “FIA” and “INTRO” we don’t need all that collaboration from Wizmilk and burna ok”.

@Juno_Millz, “No Davido x Wizkid collab will happen. No Davido song will be played at your funeral”.

- Advertisement -
Share
Facebook
Twitter
Pinterest
WhatsApp
Previous articleFor those dealing with shortness of breath, dizziness and panic attacks, just know that your picture has been put in a bottle — Actress, Ruth Kadiri offers spiritual advice
Next articleDisappointed customer shares photo of stilettos she ordered and what she got