The family members of late Femi Osibona, the developer of the 21-storey building that collapsed in the Ikoyi area of Lagos State on Monday, November 1st, are reportedly entangled in a messy brawl over the personal property of the deceased. 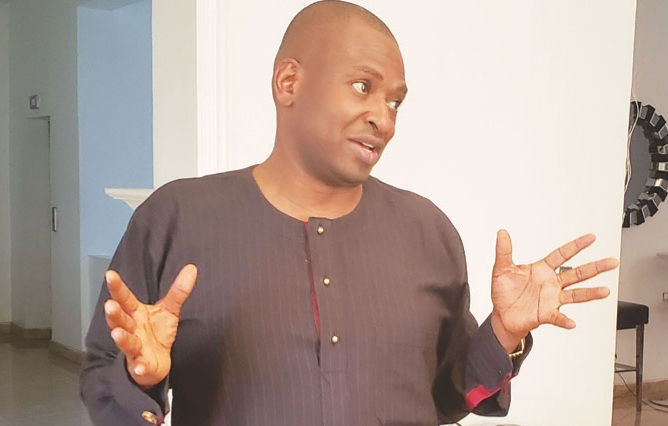 Sources close to the family spoke with SaharaReporters and revealed that the wife, who had just flown in from the United States, tried gaining access to her husband’s apartment in Ikoyi but was denied access by some of his brothers.

It was gathered that Mrs Osibona who has four children for the late Femi is presently in a fight-to-finish with the brothers who are laying claim to the deceased’s array of exotic cars, bank account details and other assets.

The family allegedly denied the wife access to the deceased’s apartment because there were bundles of money, keys to expensive vehicles and others in the house.

According to the sources,

“The brothers and wife of Femi Osibona are fi*hting over access to bank details of the deceased and keys to expensive vehicles. This is despite the fact that the man has a wife and four kids. The body is yet to be buried; they are already fi*hting over his property. His wife was at the site yesterday, shouting at his brothers. I think there are loads of cash in the house.

Femi’s brothers have stopped his wife and daughter from getting into his apartment. It is such a m*ss that money has become the root of all this ev*l. The brother asked the wife to go and stay at the hotel and she claimed she has no money to go there.

The woman came to the house with MOPOL; the family also engaged the services of MOPOL. On each side, there were about twenty people shouting on one another. They have also engaged a popular lawyer on the matter.”

It should be recalled that the CEO of Fourscore Homes Limited, Femi Osibona, was confirmed dead and recovered from the rubble of the collapsed structure on Thursday, November 4th.

- Advertisement -
Share
Facebook
Twitter
Pinterest
WhatsApp
Previous article“I gave birth to my daughter at 13+ because I was introduced to early s3x by my peers” – Actress Ada Ameh (video)
Next article“Ladies stay where you find peace. Never bow to pressure” – Actress, Uche Ogbodo advises women as she shares photo with her man