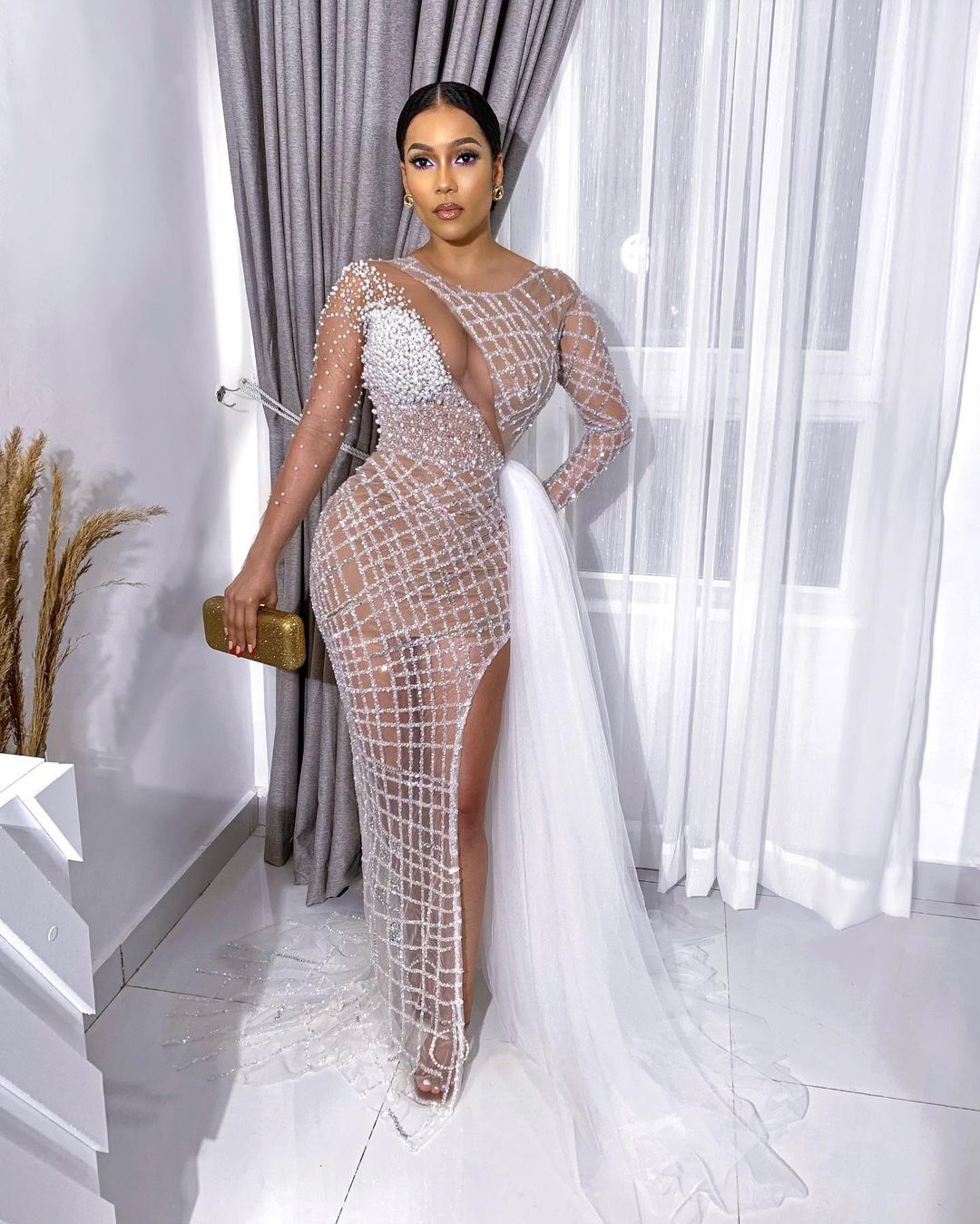 The reality show star who was called out weeks ago for allegedly dating a married man, said she’s not negotiating her value with anyone.

The post reads, “I’m not negotiating my value with anyone. I’m worth it. Been worth it. Will forever be worth it.” 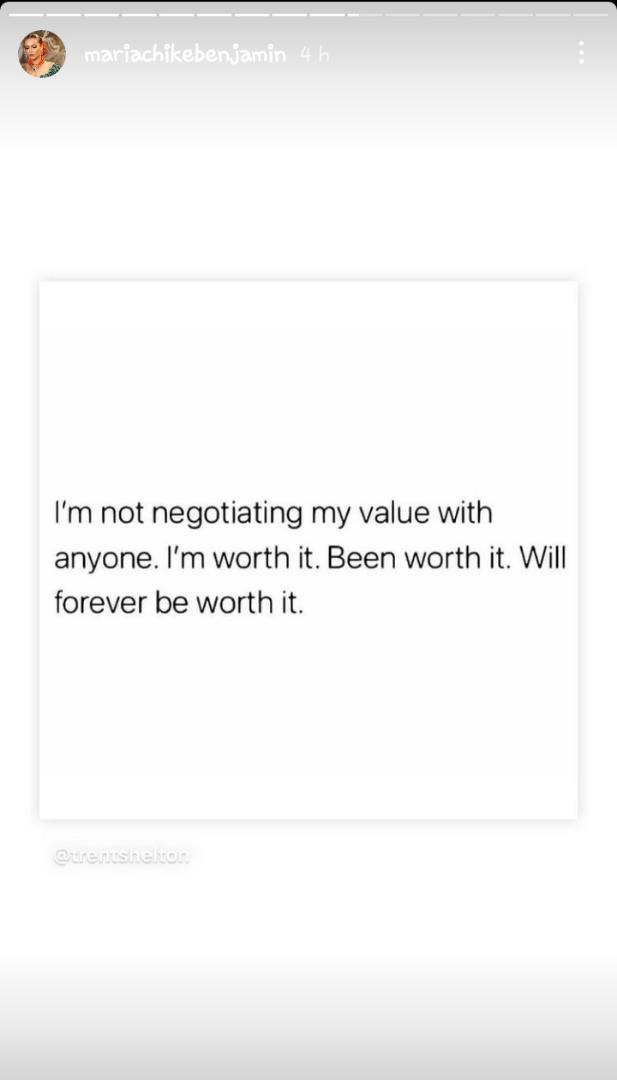 Maria was recently enmeshed in a husband-snatching saga after she was called out by popular socialite, Cubana Chief Priest.

He had accused her of dating his sister’s husband, Kelvin, and threatening his wife. The allegation took different twists and turns before it eventually died down.

However, Maria never came out to debunk or confirm the allegation till date.