Reality star and actress, Eriata Ese has chided her colleagues who have started posting their account numbers on social media. 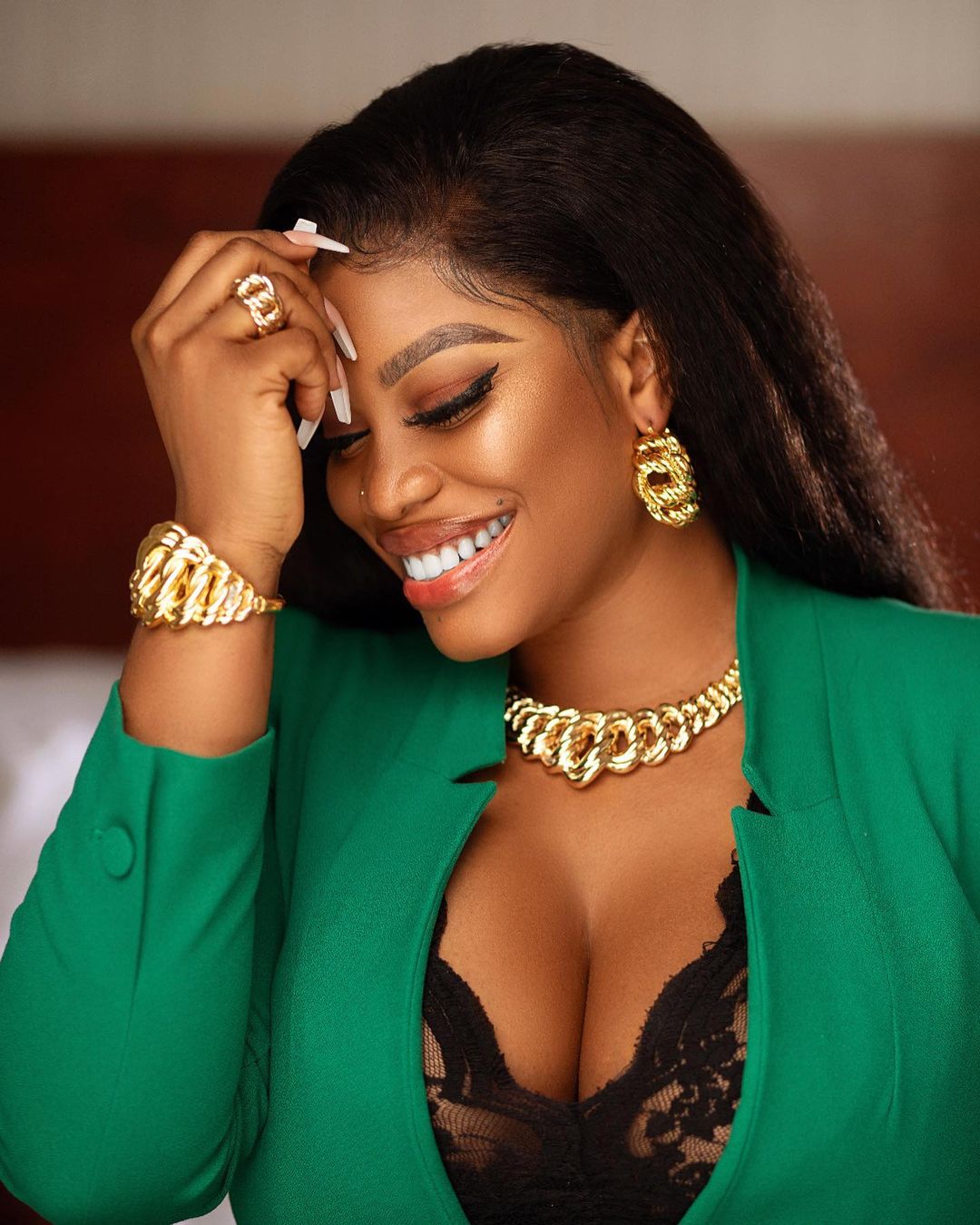 Many Nigerian celebrities have decided to try their luck after superstar singer and music executive, Davido shared his account number on Twitter and received over 100 million naira from his friends in barely 24 hours.

Reacting to the recent development, the former Big Brother Naija fake housemate mocked celebrities hiding under Davido’s cruise to share their account numbers on social media. According to her, they should just open up to their fans that they need money.

Speaking further, Ese noted that the singer received such positive response from people because he had helped a lot of people in the past.

“Wait is it not funny how everyone confidently post acc details because Davido did it. Incase you don’t know let me tell u something you need to know. Davido has helped a lot of people, and for the first time he wants to know how far people can really go for him; more like “make I even see pple way go show me love”.

The moral of the story is that; you should be good to people and never think anyone doesn’t deserve better. Learn that part!”. 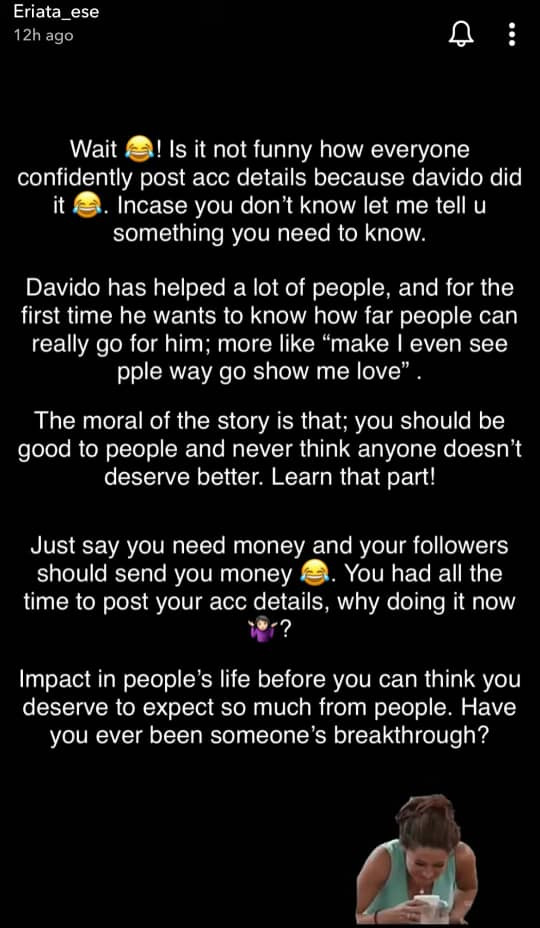