A man’s proposal has been dubbed ‘proposal of the year’ after he popped the question to his girlfriend of seven years on stage at Adele’s concert. 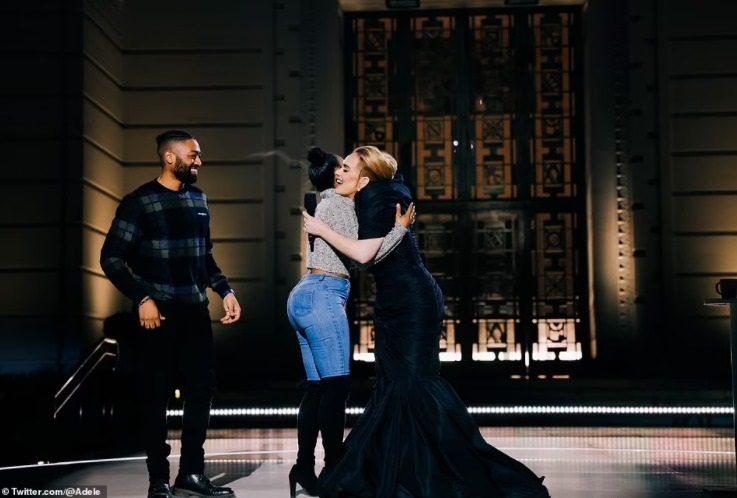 The young man went all out for the proposal as he got the help of Adele, who is one of the world’s best-selling music artists, to pull off the romantic proposal to his girlfriend during her CBS special “Adele One Night Only”.

The romantic boyfriend identified as Quentin, brought his unsuspecting lover, Ashley, to Griffith Observatory, where Adele was performing. 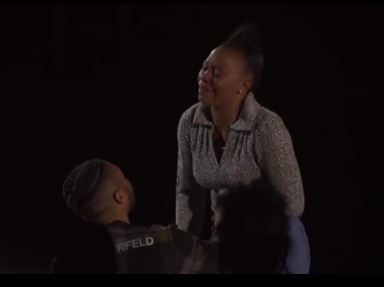 Ashley had no idea her boyfriend was taking her to the concert. She assumed they were going for a picnic while she was brought on stage in a blindfold.

“I need every person to be really quiet, alright? If you make a noise, I’m going to kill you,” Adele told her audience before Quentin guided Ashley, who was blindfolded, to the stage.

When Ashley’s blindfold was removed, she was utterly dumbfounded to see the audience in front of her and her boyfriend on his knees asking for her hand in marriage, after seven years of dating.

“Listen, I want to say thank you. I want to thank you for being so patient with me. I’m extremely proud of you – and I mean – everyday, you blow my mind. There is absolutely nothing that you cannot do and I just know you are going to be an amazing mother to our kids one day, and I love you. I love you, I love you, I love you and will continue to love you forever… Will you marry me?” Quentin told his girlfriend, in his heartfelt proposal speech.

Ashley who couldn’t hide her excitement burst into tears. Adele then came on stage to perform “Make You Feel My Love” for the duo, while she congratulated the lovebirds.

Watch the heartwarming video below,