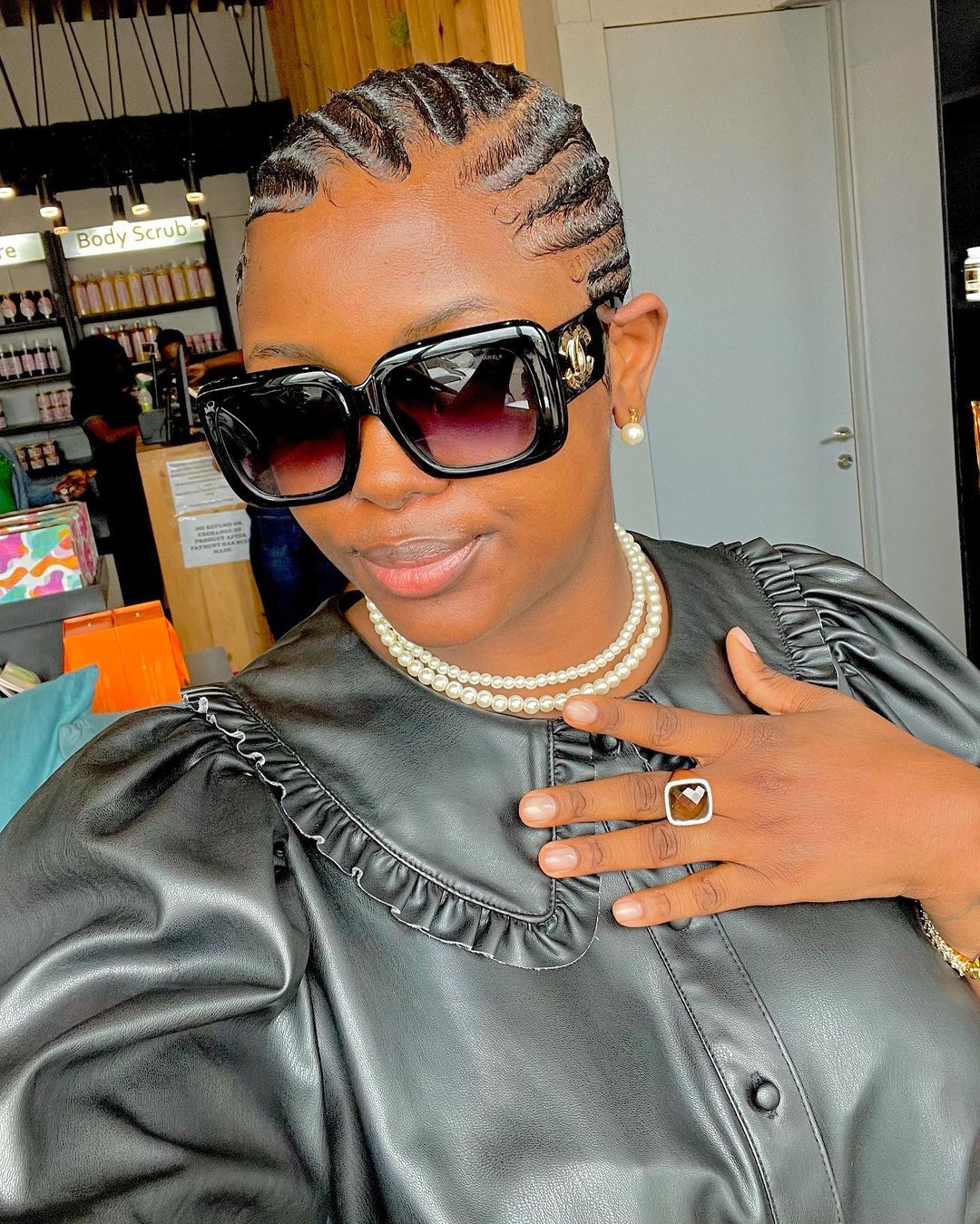 According to the mother of one, rather than make new movies, Nollywood movie producers have opted for influencing.

She noted that although she’s not in competition with anyone, Big Brother Naija housemates opened people’s eyes to the endless opportunities and money in being an influencer for brands. 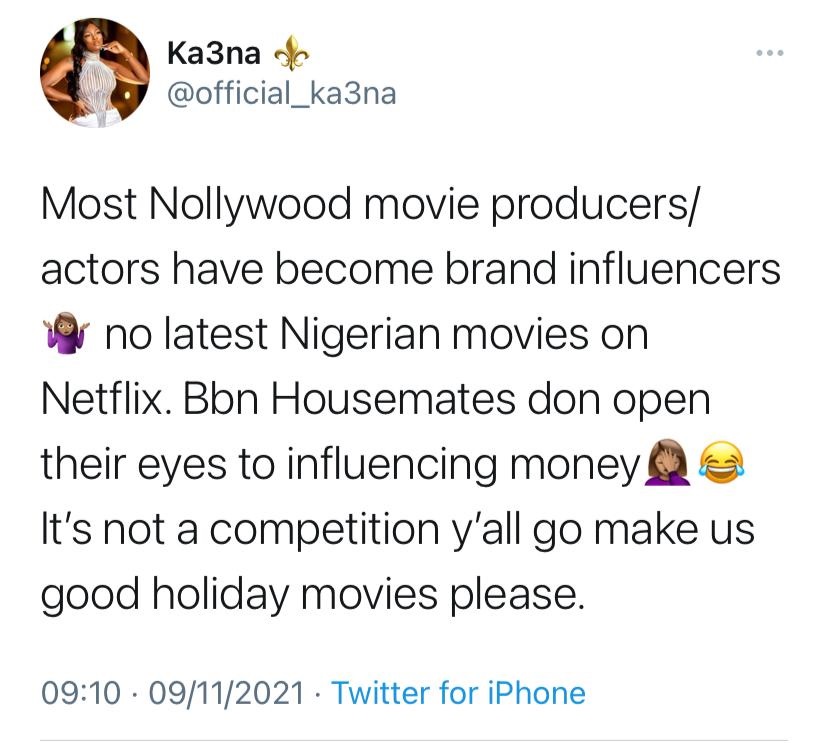 Meanwhile, the former BBNaija housemate, Ka3na Jones was recently stripped off the ambassadorial deal of an aphrodisiac brand.

The brand, Bettys Secrets, announced the termination of their contract on Thursday, March 25.

In a statement released on their official Instagram page, they pointed out that Ka3na’s pattern of representation and performance was not favorable to their brand.