Reality star, Tayo Faniran narrates how a ‘$350k audio promise’ from billionaire, Ayiri ruined his chances of getting donations from fans in 2014

Big Brother Africa star, Tayo Faniran has recalled how an audio promise from a Nigerian billionaire businessman ruined his chances of getting donations from his fans in 2014. 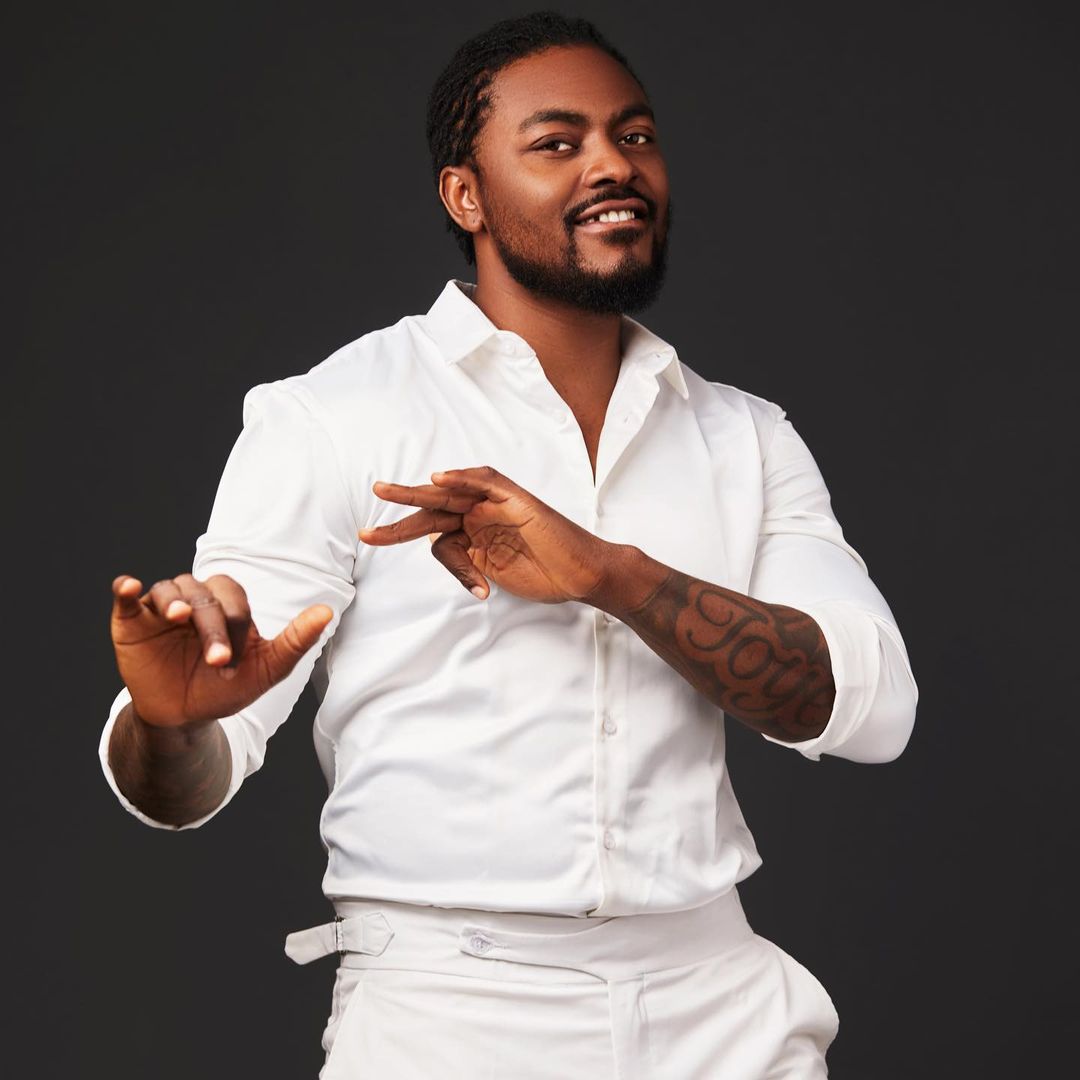 Faniran who represented Nigeria in the 9th edition of the reality show which held in 2014 and emerged first runner up, in a post shared on his Insta-stories moments ago, revealed that Warri billionaire, Ayiri Emami, never gave him the money he promised him after he left the house. 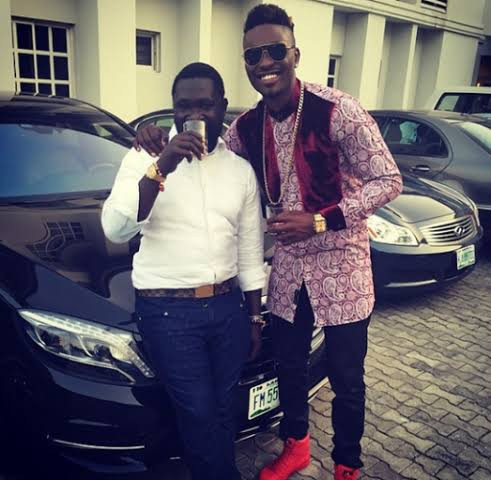 Ayiri had promised the reality star a whooping sum of $350,000, however, after photos of Tayo and the billionaire surfaced online Nigerians concluded that he had fulfilled his promise.

According to Faniran, fans who were willing to donate for him at the time dropped the plan since they thought their favorite was in money.

Well, it seems the billionaire $350,000 pledge were empty promises, as the reality star has now revealed that he never received any money from him.

He also alleged that when he met Ayiri at a club years later, he kept a “strong face” so he won’t remind him of the money promised.

Read his full story below,

“This Davido trend just reminded me of how Nigerians wanted to donate for me in 2014 but Ayiri ruined it for me with audio $350,000.

@desmondelliot in many people’s books may have done something bad but I will always remember him for the good he once did to me,he started to raise funds for me after what you know who did to me in 2014 before Ayiri’s news of giving me $350,000 hit the net,mumu me sef carry my big head go snap photo with him and @official2baba ,that was how my fans concluded that I got paid , fast forward to 2019 I ran into Ayiri at Quilox,I say make I greet am,oh boy if you see how baba strong face for me like say I still won remind am of the money 😂😂,but baba forget say he use me blow that year 🤨 #godiswatching “. 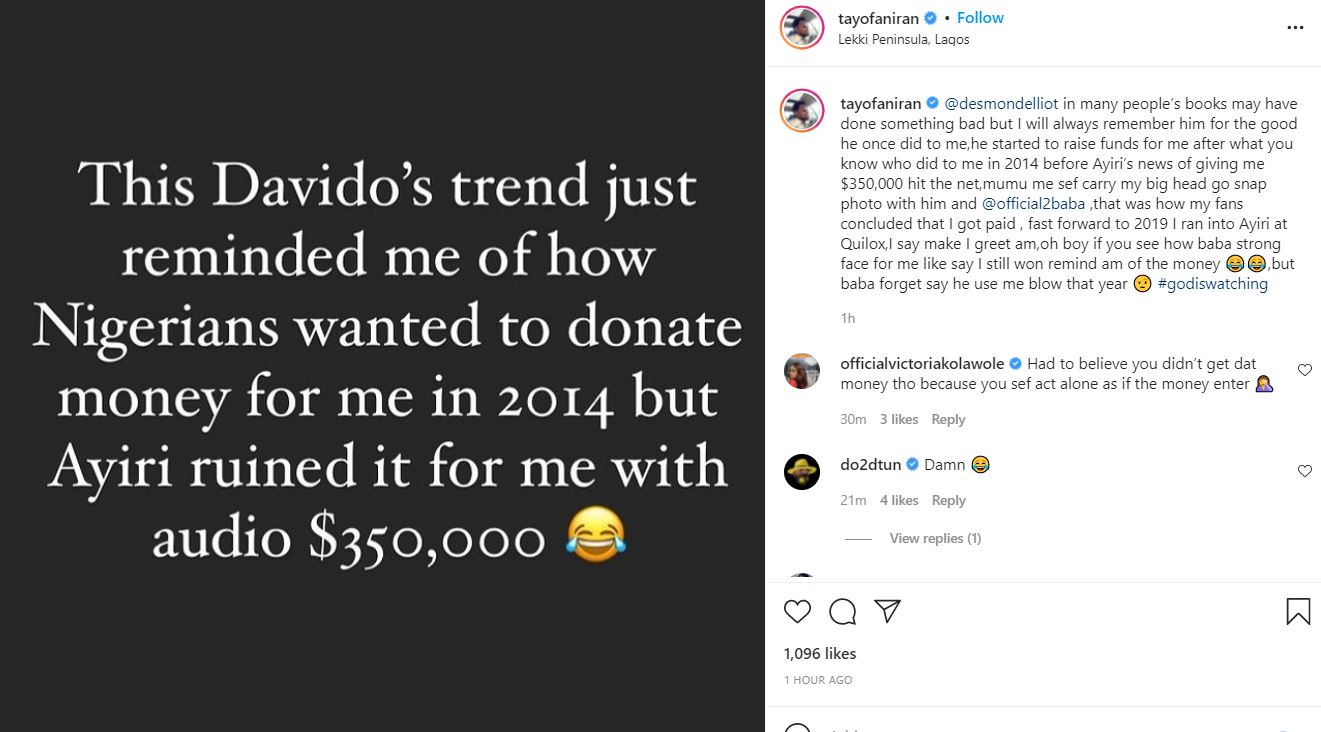