Zlatan, Chike, Nengi, E-Money, Adekunle Gold and other celebrities who gifted Davido N1m + He’s made over N50m in less than 2 hours

Nigerian singer, Davido is making some extra dough for himself and how he’s gone about it causing a frenzy on social media. They probably should write a book about his move “How to become a millionaire in 1 hour” 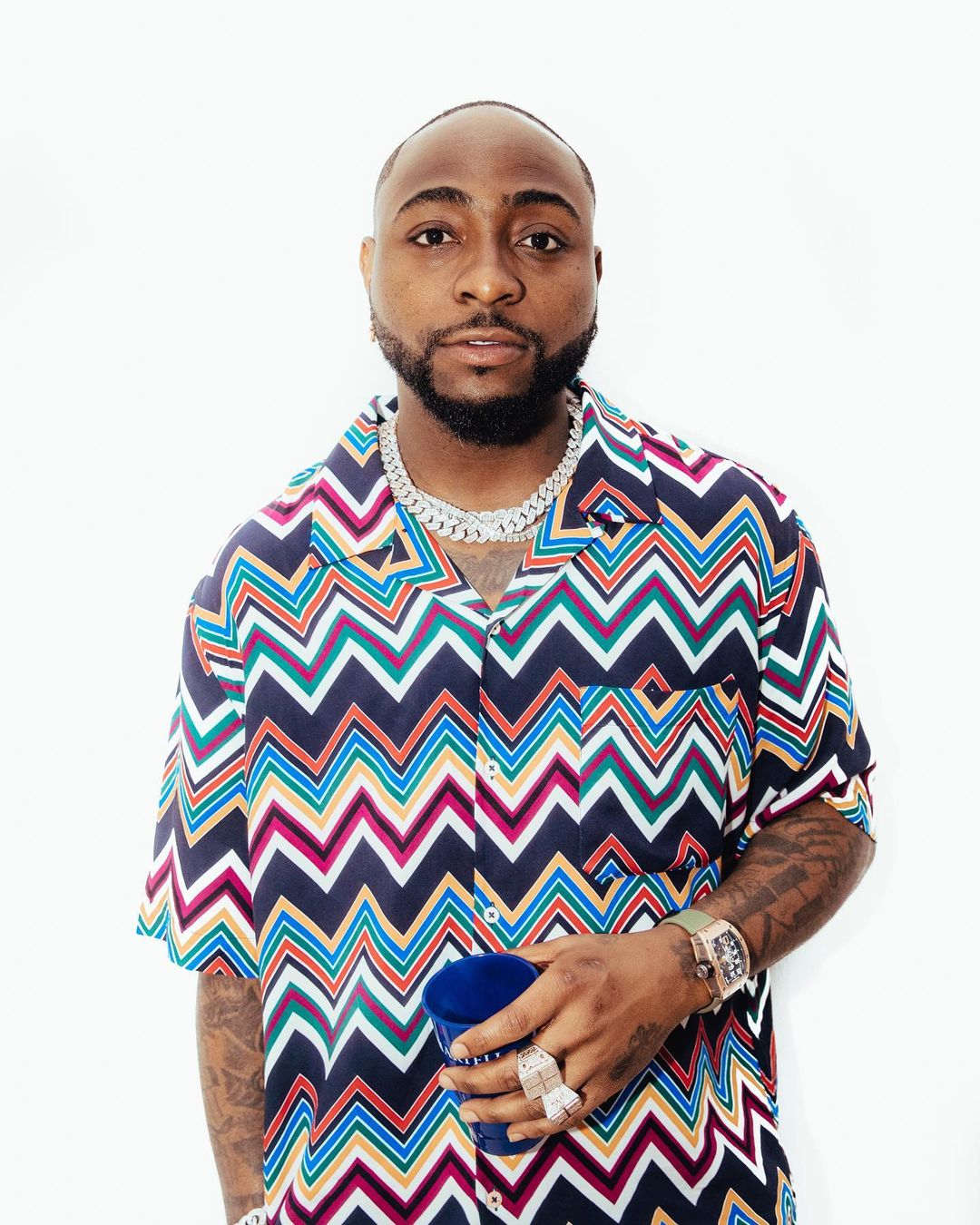 What started off as a joke has turned out to be a multimillion Naira making scheme and netizens can’t get over the buzz — Davido had some hours ago, asked his true “friends” to send him N1m to prove they’re true friends and so far so good, one can say the singer has over 40 good friends in his circle.

While others are gradually showing how much the singer means to them, Davido has on his Insta stories been listing out the true one and outing some others he expects to be true as well — among the few he’s listed out, most of them are popular celebrities who have gladly shown the singer love.

It seems as though, rapper, Zlatan Ibile was the first to send in his proof of friendship as the singer shared the screenshot and revealed at the time, that it was only the rapper that had sent him money.

Consequently, he listed a few other celebrities who joined in, some of which he expected that they would as they didn’t have a choice…

Check them out below, 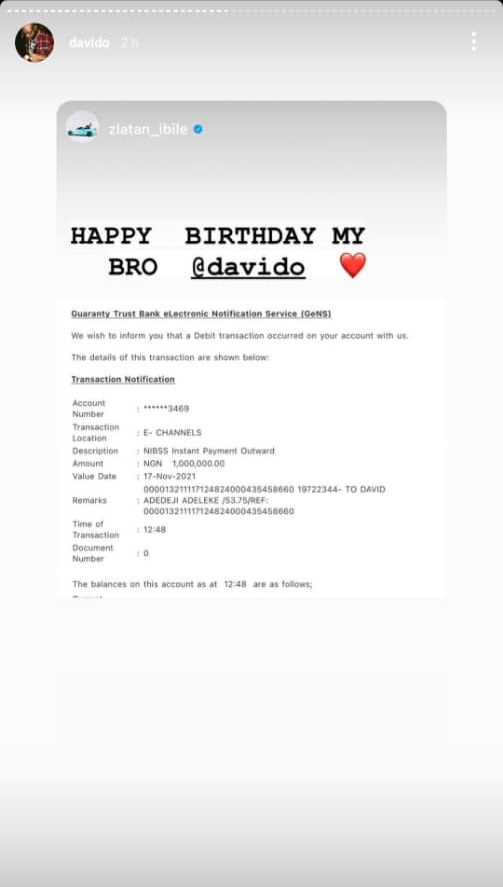 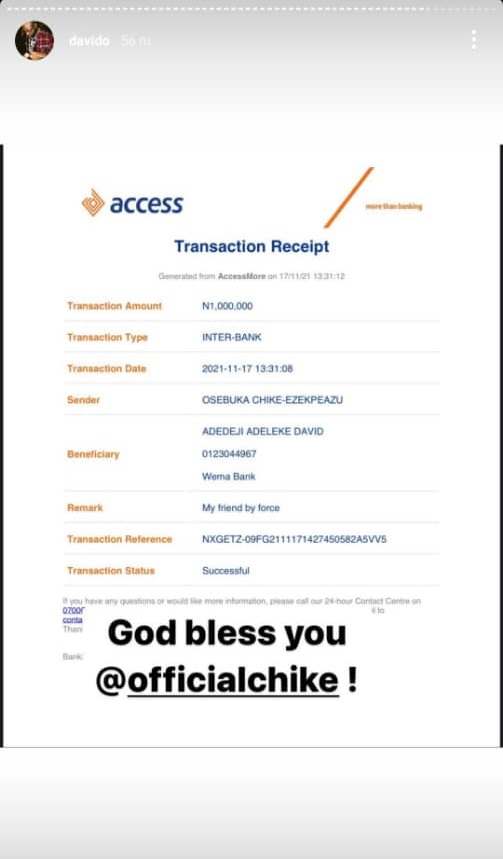 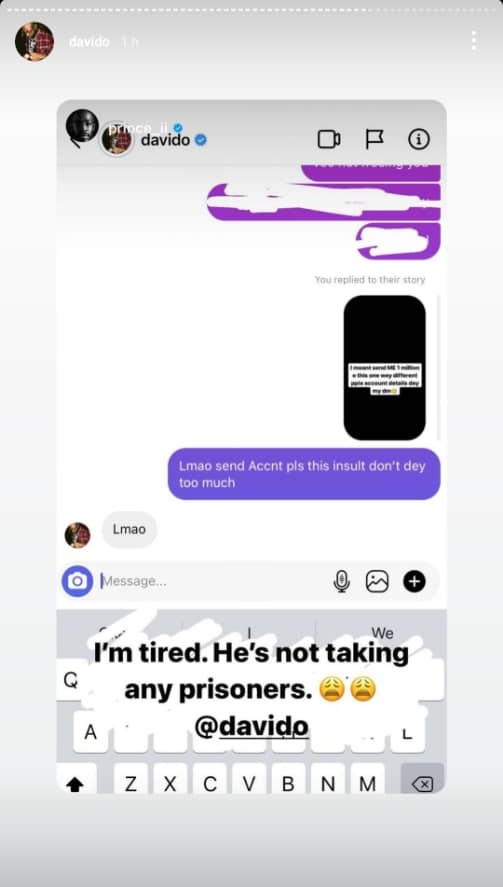 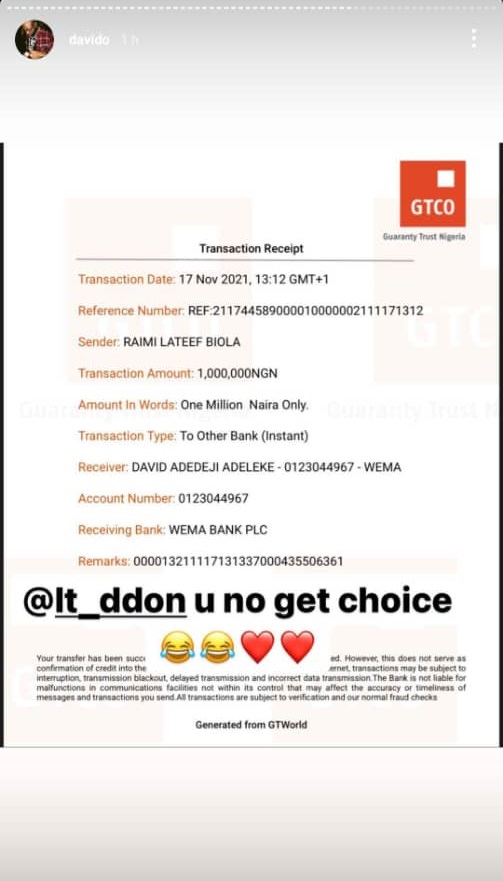 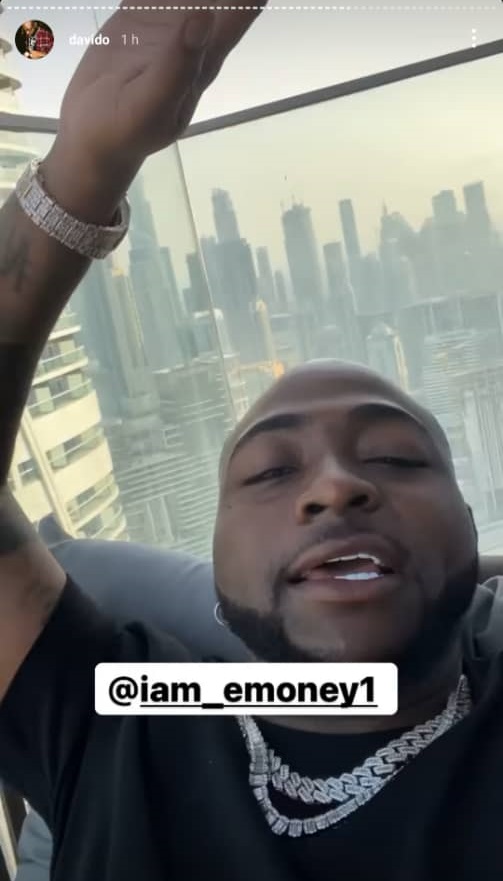 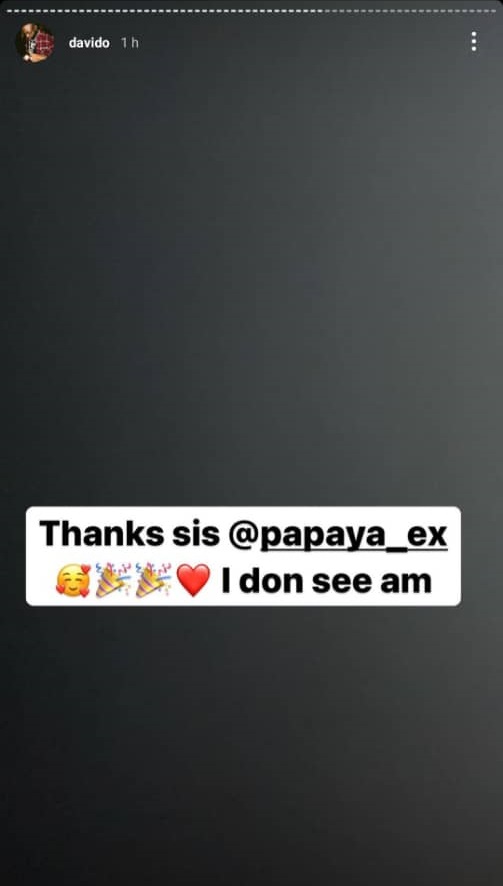 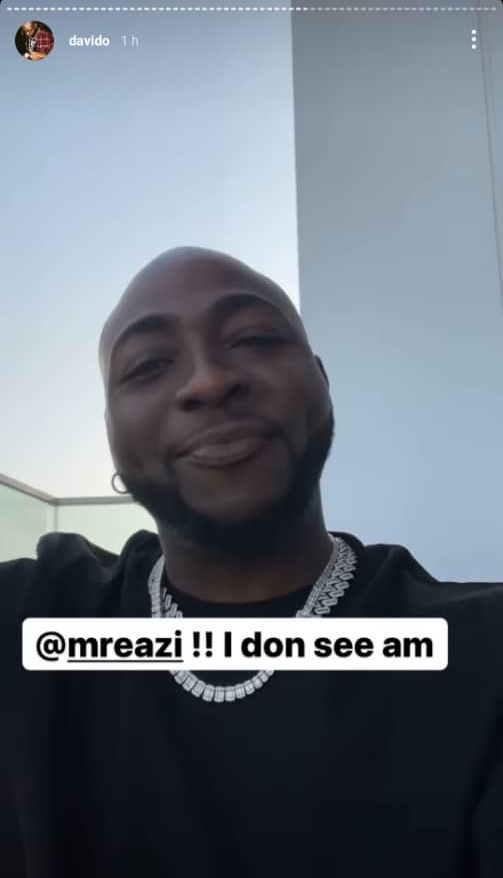 Even Ikorodu Bois, got in on the action as well, 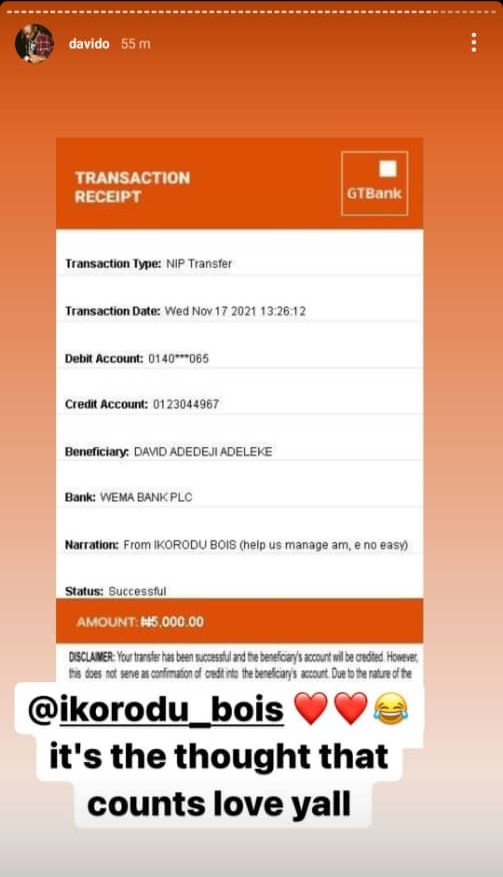 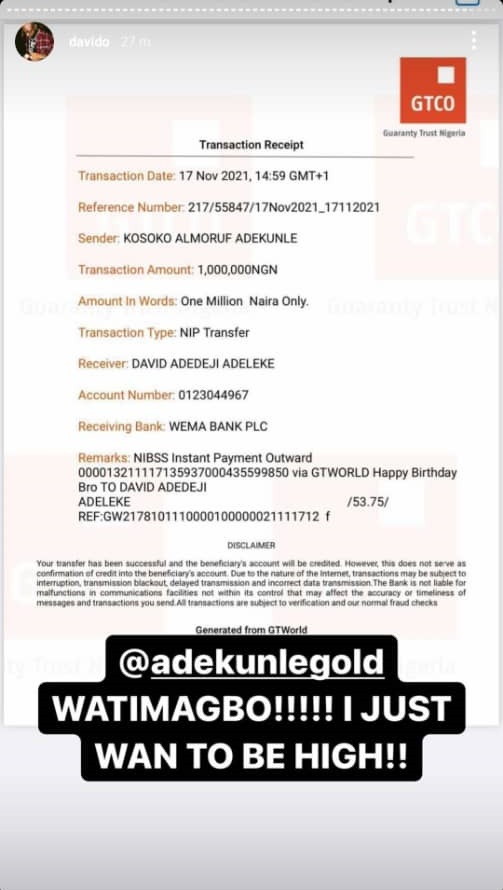 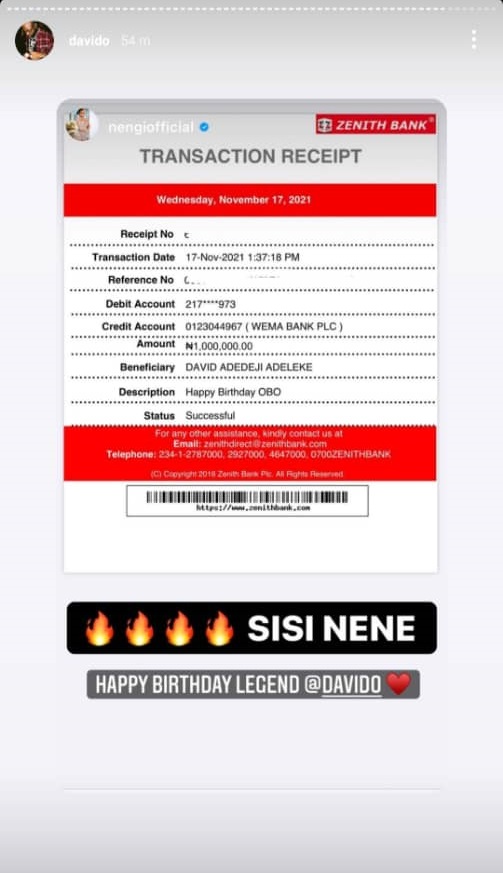 So far, the singer has made over N50m and he says the target he wants to meet is N100m.